It’s 5:00am in rural Kiambu County, just outside the Kenyan capital of Nairobi. A cacophony of snorts and squeals breaks the quiet morning air. It is breakfast time on Alma Farms, and Alex is feeding his pigs their daily fare of sow mash before ensuring their pens are fresh and clean. Once he is satisfied that his pigs are set up for their day, Alex turns to begin his own.

Pig farming is his life’s work now, but growing up, it was the last thing he wanted to do.

“My dad used to tell me to do farming, but I wasn’t interested. I thought it was dirty,” Alex says, laughing. “That’s why I did Information Technology (IT). I always wanted to do something with technology and computers and be behind a desk.”

In fact, Alex was not alone in this dream. Many young people from Kenya’s rural areas are flooding to cities in search of education and employment. Not only does this leave the production of food for the entire country in the hands of an increasingly aging population, but once young people arrive in urban areas, they find that competition is fierce and jobs are scarce.

For 10 years, Alex sought employment in Nairobi, but only managed to get occasional short-term contracts. He also attempted to set up his own businesses, but they failed soon after due to tough competition. After some time, the lack of opportunities in the city pushed Alex to reconsider his father’s idea, and the more he thought about it, the more it made sense.

“Young people believe that Nairobi is the only place that you can make money or get employment. But I take advantage of [the farm] being next to the city because most people from Nairobi get their food from here,” he says.

Once he decided to take the plunge, Alex grew his farm through an FAO project designed to support entrepreneurship opportunities in agri-business, thereby addressing rural youth migration by generating and promoting good employment opportunities.

Initially, Alex engaged in small-scale farming of herbs and spices. Through the project, FAO provided Alex with an agricultural package, which included seeds, fertilisers and an irrigation kit, but given his keen interest in pig farming, he also received a piglet too. This was complemented with training sessions on group dynamics, agribusiness, good agricultural practices and village banking opportunities. Farmer Field School (FFS) training sessions also helped participating farmers to ‘learn by doing’ on demonstration sites, teaching good agricultural practices in a hands-on way. 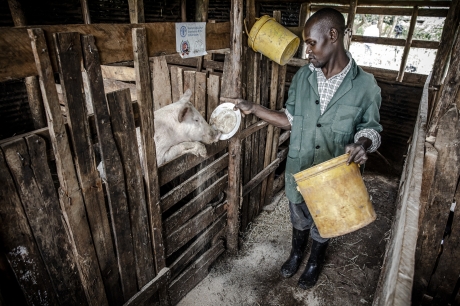 When Alex got started, he found that none of his IT knowledge was wasted. In fact, it was an asset. With the advent of the internet and new technologies, farming is as much a modern business venture as any you might find in the city.

“My IT background assists me a lot because I study online and market my produce online. Instead of taking my vegetables to market, I can sell them from home. Technology has come to change what my dad used to do. And I can change farming.”

Alex now uses his IT background to train other youths on best practices to improve productivity and profitability. Since establishing his agri-enterprise, he has been able to film demonstration videos and post them online through Facebook, as well as host interested farmers from the community for learning tours on his farm.

While Alex is now a role model for other farmers, there was a time when the community didn’t think he could even make it in this business. Since birth, Alex himself has lived with a physical disability that has affected his legs. When he was younger he faced many prejudices and rejection from his community. He even began his education late due to needing a school that offered him extra support, of which there weren’t many at the time in his area.

When Alex started farming, he thought he may not be able to carry out some of the more practical tasks. However, he quickly came to learn that, when needed, he can hire casual labourers to help him with the more intensive farm work.

“Initially, people thought disability was a curse,” he said. “I’ve changed the perception of the community and now they are accepting that disability only has a few challenges. I walk differently so I do things differently, but I’m still a person.” 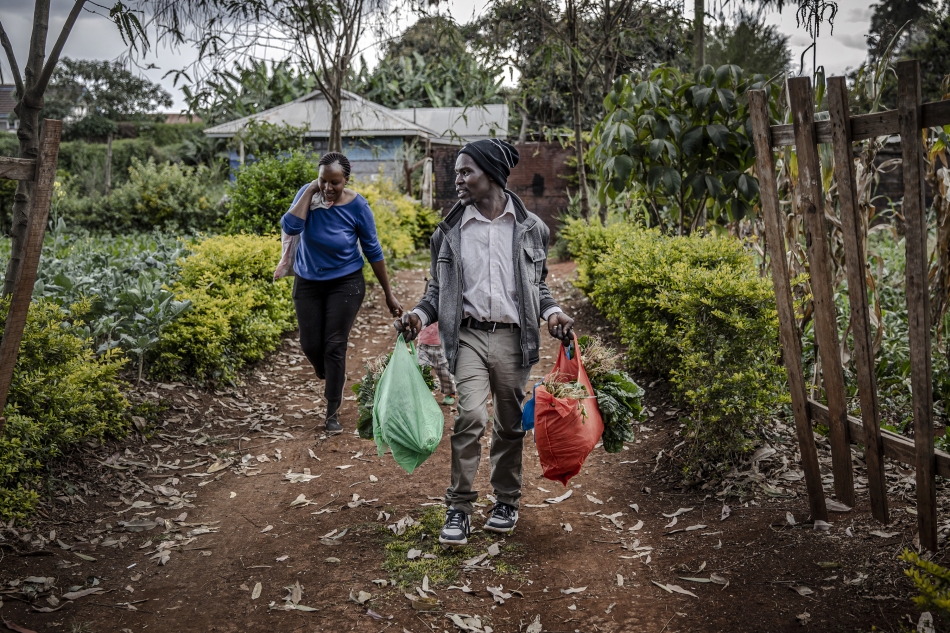 People thought that Alex’s disability would be a problem in farming, but he soon proved them wrong. ©FAO/Luis Tato

All it takes is the right attitude

As a teenager, he dreamed about building a good future for himself in the city. Now, Alex believes a good job is less about where it is and more about having the right attitude. Alex is passionate about sharing his love for modern agriculture with other young people.

“For the youth now, they should know that agribusiness is an employment. If you excel well

in agribusiness, you can get as much as you wish to get.”

The figures speak for themselves. Before taking part in FAO’s project, Alex’s earnings were less than USD 100 per month. Now, however, he is earning up to USD 300. However, the most important thing for Alex isn’t the money.

“You know, you must love what you do,” he says. “Once you change your mindset, you love whatever you’re doing, and you can achieve a lot. That’s why you find me with my pigs – they’re my babies.”

Then he adds, smiling: “So youth should come on over and join me in farming!”